“Your House is Your Home” from a Ukraine Refugee Family

Six months have been passed since Russia invaded Ukraine. Right after its invasion, Habitat has responded to the emergency need of the Ukraine refugees. Habitat has provided emergency supplies to the shelters for displaced people that were opened near the borders of neighboring countries. We have also distributed emergency necessity kits to those who kept on the move. As an international NGO specializing in shelter,  Habitat has been working to secure short-term accommodation, partnering with hotels and other organizations. To increase the number of available housing units, we have renovated the vacant dormitories and facilities. To seek longer-term more permanent solutions, Habitat has served as a shelter advisor to governments in Poland, Romania, and Bulgaria and has more than 100 sector partnerships in place.

The Yana family from Cherkasy, a city in central Ukraine, is one of the families Habitat has supported through our housing support in Poland. Please read an interview with the Yana family.

At the sound of sirens, three-year-old Martha ran to her mom and grandma’s side, begging them to help her get dressed and put her shoes on so she could run to the bomb shelter. But there was no need. The family was safe in Warsaw, Poland. 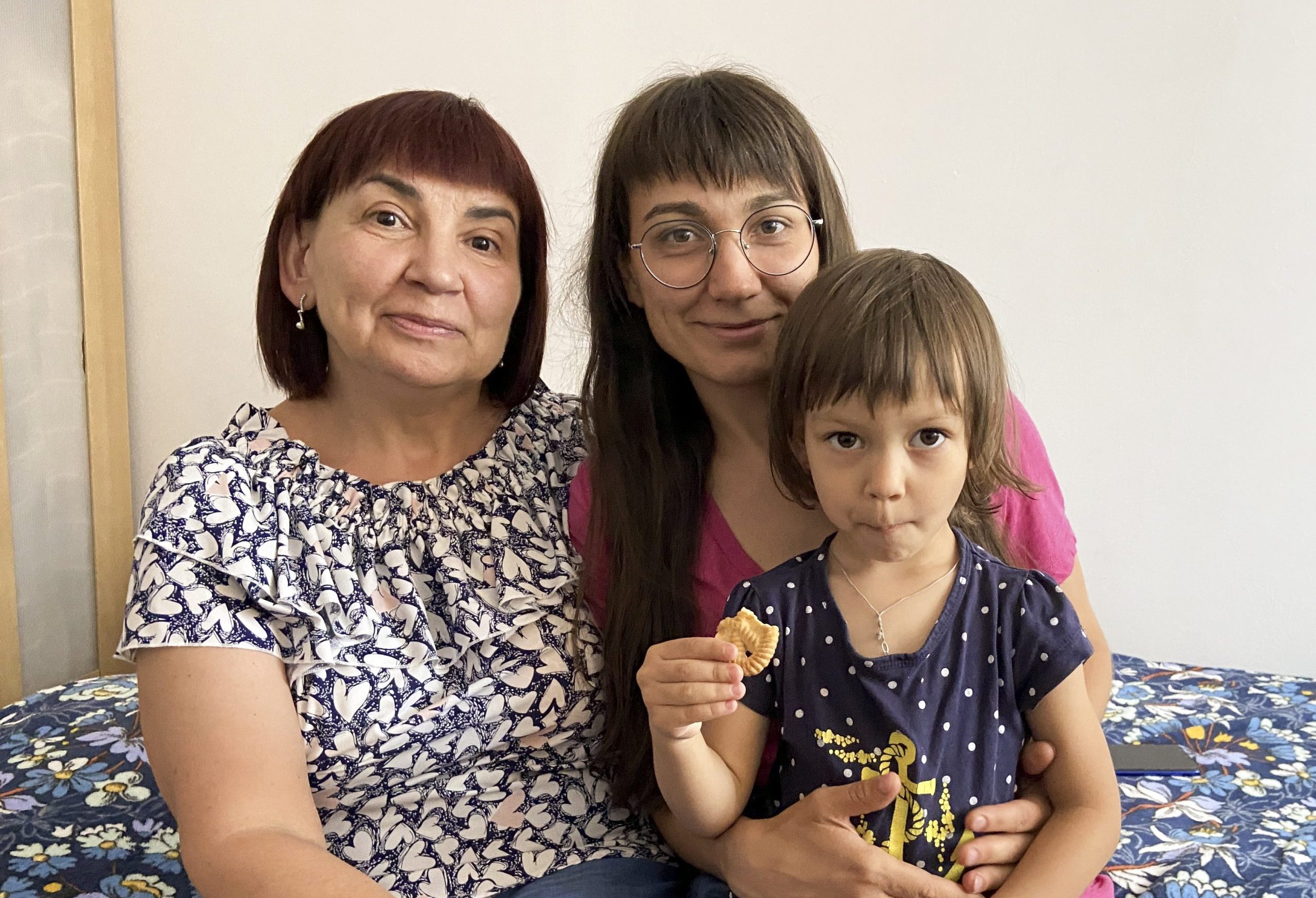 Just a few months earlier, the habit of waking up at dawn to flee to a nearby factory that doubled as a shelter had been a regular occurrence for Martha, her mother Yana, and her grandmother Lily, from Cherkasy in central Ukraine.

“The rule was that when the sirens stopped, we could go home. Sometimes we had barely taken off our shoes when they would blare again,” explains Lily.

The shelter was damp, and in the winter, it was very cold. Martha was diagnosed with autism just a month and a half before the Russian invasion. Worried about their safety, and with Martha’s condition deteriorating due to the war, the family decided to flee their home.

Grandma Lily explains that they first travelled to Lviv but were unable to stay because they could not afford a decent place to live. And so, they set out for Poland. Their journey involved a 24-hour bus ride and a long and exhausting wait at the border. The family had never left Cherkasy, let alone the country.

“Your house is your home,” says Yana, with a sad look in her eyes. It is palpable how hard it was for the family to leave Ukraine.

Back in the days, Lily and Yana used to help vulnerable families in Ukraine, and it was through fellow volunteers that they got connected to hosts in Poland. Nevertheless, they struggled for stability; two days with a couple here, a week with a family there, finally a month in a house somewhere in Warsaw. Lily suffers from cancer. And Martha’s autism complicated matters for the family.

“The woman who lived there eventually said we had to leave because she felt Martha was an ill-mannered child,” Yana explains, “despite knowing of her condition”.

Feeling they had no place left to turn, the family began making plans to return to Ukraine. Martha is strongly affected by any deviation from her routine, even a seemingly insignificant one. To avoid high stress, she needs to be surrounded by familiar places, eat the same food, see the same people. Lily’s illness, meanwhile, has no cure. But she is not only battling the disease. She is fighting for a brighter future for her daughter and granddaughter. “When Yana’s life will work out, I can die peacefully,” says Lily, fighting back the tears.

Just when they were about to give up, a Good Samaritan reached out to volunteers from Habitat for Humanity Poland. Soon enough Habitat’s representatives were greeting them at Habitat’s housing help kiosk at Warsaw’s train station. Though the waiting period for housing is usually long, Yana’s family was lucky.

“They took us to an apartment - just for us! I was in shock,” says Yana. “We were so desperate; we would have been glad to share a bed between the three of us. But the volunteers made us so happy! They brought us pots and pans, dishes, blankets, and personal hygiene products. They even brought me a new mattress!”

The apartment, although small, has everything they need. “It’s a very nice neighborhood,” says Yana, adding that there is even a small park where she spends a lot of time with her daughter.

“Habitat volunteers, Tania and Carolina, are always calling us asking how we’re doing, and if there’s anything else that we need,” Yana continues. “My mother’s treatment involves self-administered shots, which need to be kept cold. The refrigerator wasn’t working very well, and they immediately replaced it with a new one,” she said with a smile. Although Lily’s condition is terminal, she is slowly starting to feel better.

While the family hopes to one day return to Ukraine, for now they feel safe and supported. The family was served through Habitat for Humanity Poland’s social rental program, which has been adapted to serve refugees and has helped more than 1,000 people who fled Ukraine find a place to live in Poland.

Habitat has similarly helped refugees with their housing needs in Romania and Hungary, said Rishana Haniffa, regional director of Habitat’s Ukraine crisis response. “Habitat’s response plan has provided over 4,500 Ukrainian refugees with short-term shelter, and over 1,200 with medium- and long-term housing solutions,” she said.