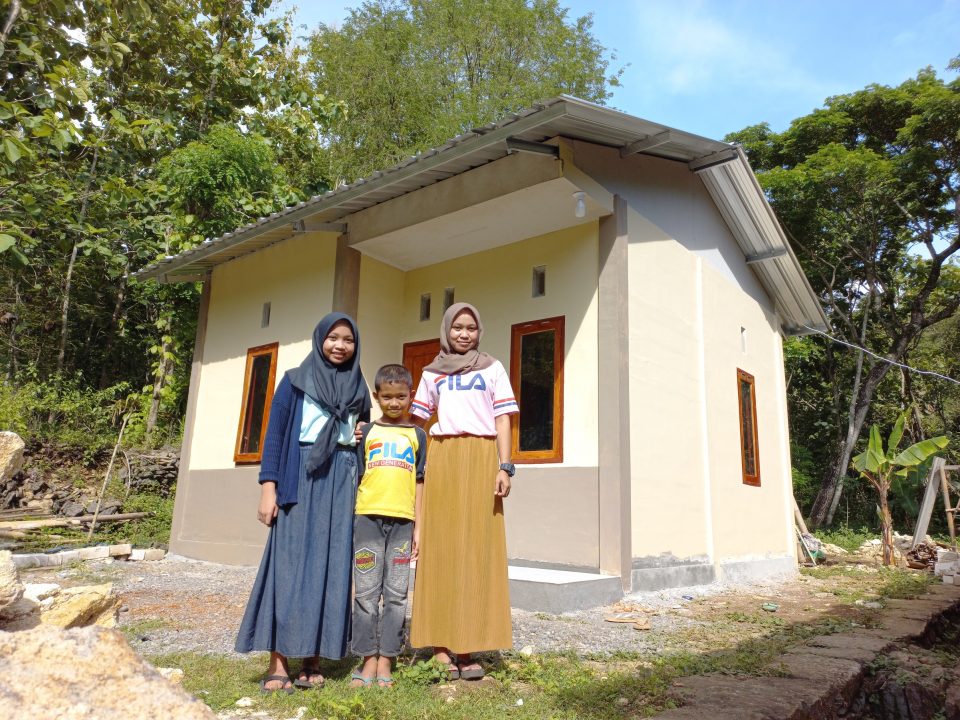 We are very thankful to the Habitat for Humanity Club at the American School in Japan for sponsoring a home for a family in Indonesia. With their funding, Habitat Japan supported the construction of a house for Juniati, a mother living with her child in Tuksono village near Yogyakarta, Indonesia.

Habitat Japan has been involved with home construction in the Yogyakarta area for many years. Between the summer of 2015 through the spring of 2019, 707 volunteers from 46 Global Village (GV) teams built homes in Selopamioro village. After completing that project, Habitat Japan began assisting with work in Tuksono village. Less than a year after the start of this effort, however, the GV program was suspended globally due to the pandemic, and the project was halted.

Tuksono is a small village of 2,738 households with 8,572 people, approximately 44% of which are categorized as poor. 226 families that have not received housing assistance from the government are eligible for Habitat aid. To date, Habitat has only completed the construction of 18 homes due to pandemic-related delays. 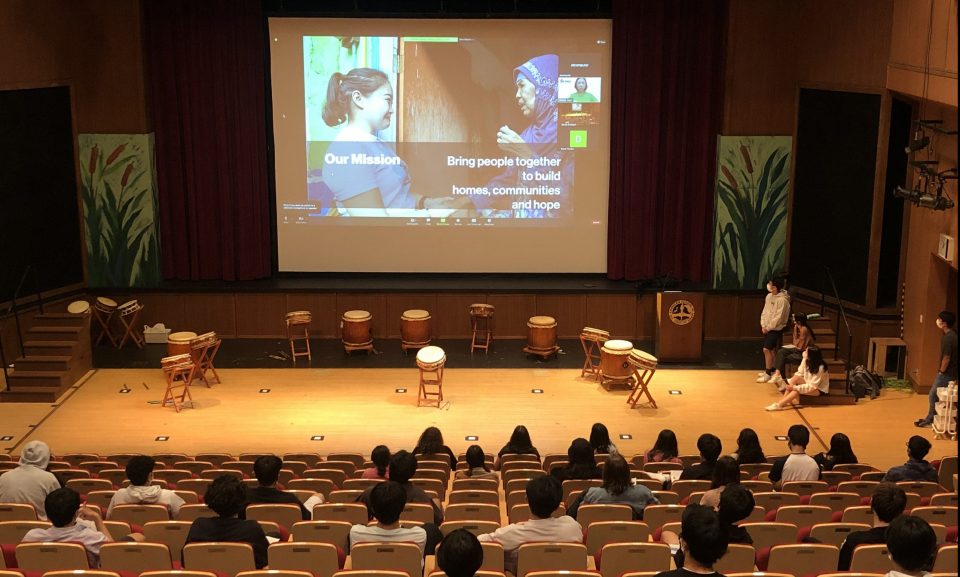 Since the fall, we have held several online sessions with members of the ASIJ Habitat Club. After the Juniati family was selected as the beneficiary of its sponsorship, Habitat introduced them to the students and shared the construction of the family's house as it progressed. In addition, Habitat Indonesia staff presented information about local housing issues and interviewed Juniati and her son using questions from club members. The virtual implementation of the program allowed the students to learn the values of having a decent home despite not seeing the situation in Tuksono firsthand. During the last session in February, we shared a thank you message from the Juniati family. Please watch the video to hear what they had to say.

Due to the prolonged pandemic, Habitat has faced difficulties carrying out its mission. As such, we are very grateful to ASIJ and its Habitat club members for participating in the Tuksonon housing initiative and communicating the need for decent housing to the school’s students.