Habitat for Humanity crews have fanned out in Haiti’s southwestern peninsula to survey homes in the wake of a powerful earthquake that has killed at least 1,297 people and caused thousands of structures to the crumble to the ground.

The death toll and the number of people injured ─ estimated at 5,700 as of late Monday ─ are expected to rise as emergency teams continue to go through the rubble left by the magnitude 7.2 earthquake, which leveled homes, churches and schools in cities such as Les Cayes, Jeremie and Anse à Veaux.

Officials have documented more than 12,000 homes destroyed or damaged so far, but Habitat expects this figure to rise significantly as more areas are surveyed.

“Our teams have started surveying neighborhoods in the affected areas to help assess damage to homes, in coordination with the government and other humanitarian agencies,” said Jean Frenel Tham, national director of Habitat for Humanity Haiti. “Unfortunately, these structures ─ many with large openings on the ground floor, little or no reinforcements, and low-quality materials ─ often suffer serious damage in earthquakes. And, as we saw for far too many families on Saturday, they can collapse entirely.” 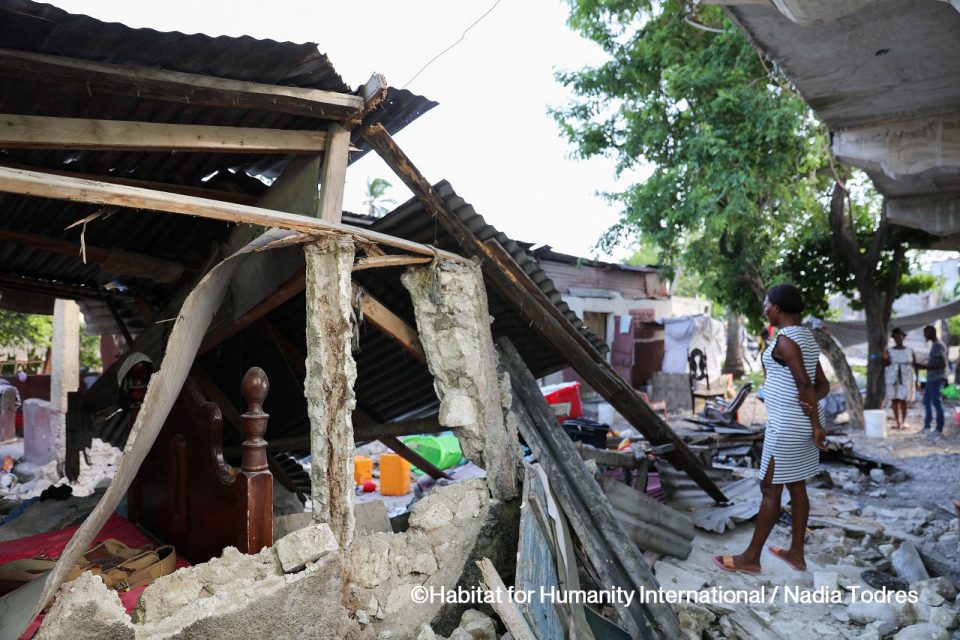 Search and rescue crews continue to extract people trapped under rubble, and hospitals are struggling to cope with the surge of injured people. Because of frequent aftershocks, many frightened residents are choosing to sleep outside. Heavy rains associated with Tropical Depression Grace late Monday and into Tuesday, meanwhile, complicated relief and recovery efforts.

“Tragically, thousands of Haitians are once again faced with rebuilding their lives and their homes,” said Ernesto Castro Garcia, Habitat’s vice president for Latin America and the Caribbean. “We at Habitat are committed to being with them every step of the way. Our priority right now is to complete a thorough assessment of shelter needs in the impacted area and develop response options for the early recovery and reconstruction phases.”

Habitat for Humanity, which began working in Haiti in 1984, has forged strong partnerships with communities in Haiti’s southwest peninsula. Habitat worked with families to complete about 1,200 homes in response to Hurricane Matthew, which hit in 2016. Habitat continues to support construction of affordable housing, including for elderly residents in the area, while also building latrines and water points.