Engaging journey – Volunteers share some pointers for a long-term connection.

Marking International Volunteer Day in the year 2020 will be different, not least because of the global COVID-19 pandemic. While the health and economic crises have profoundly affected the way Habitat for Humanity operates, the positive impact of volunteers continues. In Japan, where Habitat has been mobilizing volunteers since 2001, some supporters share their stories.

Mami Maruyama had always been interested in international volunteering. Then a freshman, she took action after hearing Habitat campus chapter members share about their enjoyable Global Village experiences. “I thought, ‘if I join the campus chapter, I could gain broader perspectives from the members,’ ” says Mami, 33. Her first overseas volunteering trip was to India in the summer of 2006 with another build in Bangladesh.

“As a program, Global Village is sustainable and I can understand why it is needed,” says Mami who is currently a volunteer coordinator with Habitat Japan. By sharing their stories, Habitat volunteers encourage their friends and others to join the Global Village program. Working alongside volunteers, future homeowners demonstrate self-reliance by contributing their ‘sweat’ equity, or own labor. After gaining construction skills, some homeowners go on to help others in their community to build homes. 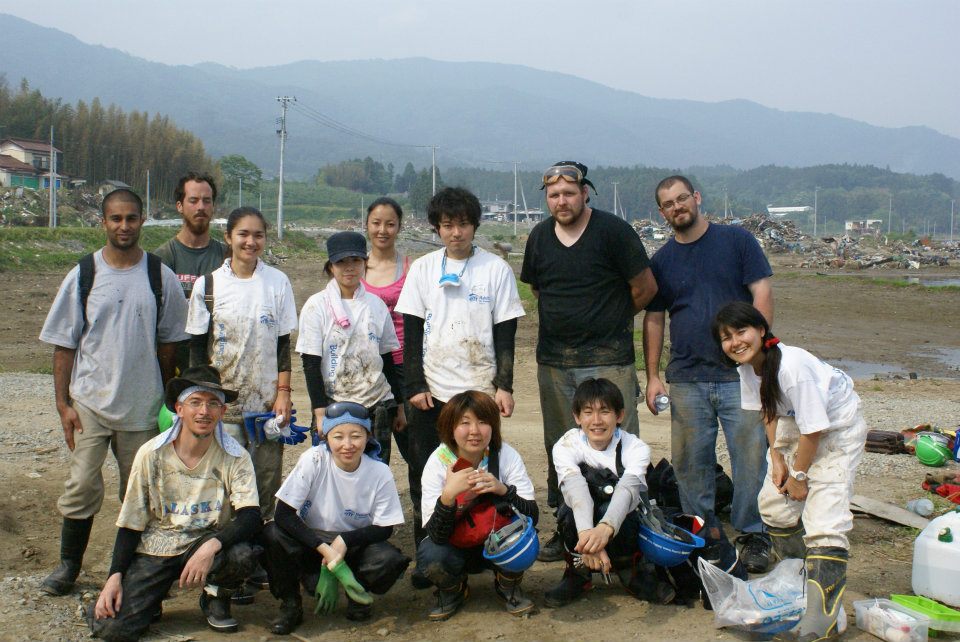 Mami helped mobilize volunteers to clear mud and debris in Habitat Japan’s response to the 2011 earthquake and tsunami. Photo courtesy of Mami Maruyama.

While the COVID-19 pandemic has greatly curtailed volunteer activity, Habitat volunteers can take advantage of the pause. They can focus on housing issues in Japan to realize Habitat’s vision of a world everyone has a decent place to live, Mami suggests. “No matter when the GV program resumes, there are always housing issues in Japan. Habitat Japan should keep or even develop the current Project HomeWorks to respond to vulnerable individuals in need of decent homes. It would be great if Habitat Japan can extend a helping hand when the next big disaster happens.”

Like many campus chapter members, Chika Tagawa, 21, supports Habitat Japan because of an interest in overseas builds. With the suspension of volunteer builds, she thinks it may be difficult to sustain campus chapters’ interest. But local volunteering activities provide an opportunity to raise awareness of the housing issues in one’s own home country.

Project HomeWorks has changed her thinking, Chika says of the program that mobilizes volunteers to improve the living conditions of vulnerable people in Japan. “Before getting involved, it seemed like housing issues were someone else’s problem. Through communicating with the homeowners, I realized that anyone could face such problems.”

“I think this pandemic is our chance to realize and appreciate that home is where we can live comfortably. I do have a regret that I’m not able accomplish my goals for this year. But it has been a precious time for me to rethink the importance of having a decent place to live.” 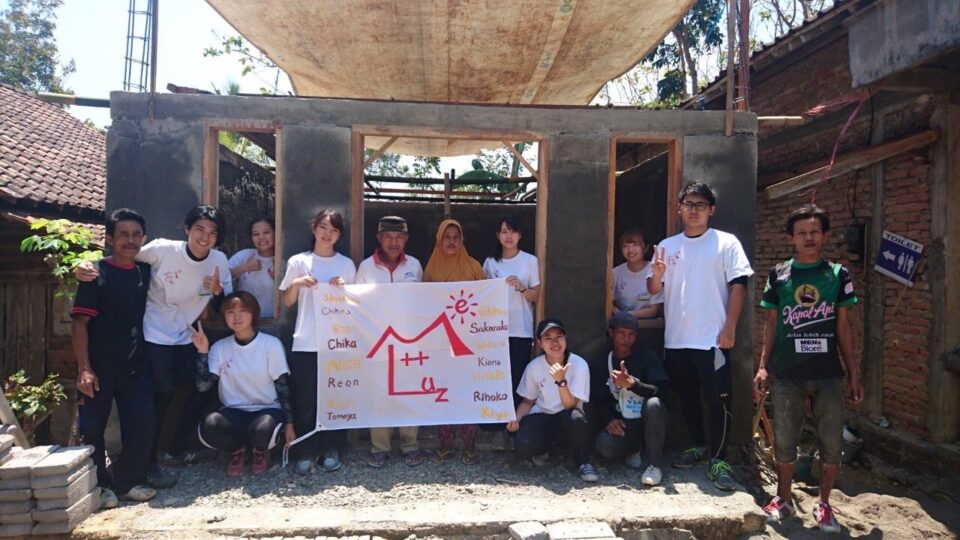 Chika and her team at a Global Village build in Indonesia in 2019. Photo courtesy of Chika Tagawa.

Chika reminisced about the first and last time — before Global Village builds were put on hold — she worked on a house in Indonesia in 2019. “During the trip, I felt I received more than what I gave to the homeowner family and the people in the community. This is why most Global Village teams shared their experiences with others, to give something back to the community, so that more could join the program to build decent homes.”

According to Mami, Japan needs to address issues such as rebuilding homes after natural disasters, homelessness, and an increase in vacant houses in the suburbs. She did her part by coordinating volunteers in Habitat’s response to the 2011 earthquake and tsunami in northeastern Japan as well as the 2016 Kumamoto earthquake response.

While not all campus chapter members can afford to go on a Global Village trip, they may also find it hard to take time off after joining the workforce. Mami shares: “As a campus chapter alumni, I would like to help solve housing issues in Japan. There are also many alumni who would like to contribute to their local communities. If more and more campus chapter alumni can join Habitat Japan again, we can expand our network to reach more people in need of decent homes in this country.”

Ryota with a family at Habitat’s Asia Build 2018 in Myanmar. The following year, he (bottom right) led a volunteer team to Nepal. Photo courtesy of Ryota Matsumoto

One such alumnus is Ryota Matsumoto, 23, who described himself as a ‘retired’ campus chapter member. He was a freshman in the University of Tsukuba when he had his first taste of a Global Village build. Recalling his 2018 experience in Myanmar, he says: “Everyone — homeowner family, people in the community, international volunteers — worked hard together toward the same goal. It built a strong connection and that was most memorable for me.” He was among 74 volunteers from Japan who took part in Asia Build 2018 under the Habitat Young Leaders Build campaign.